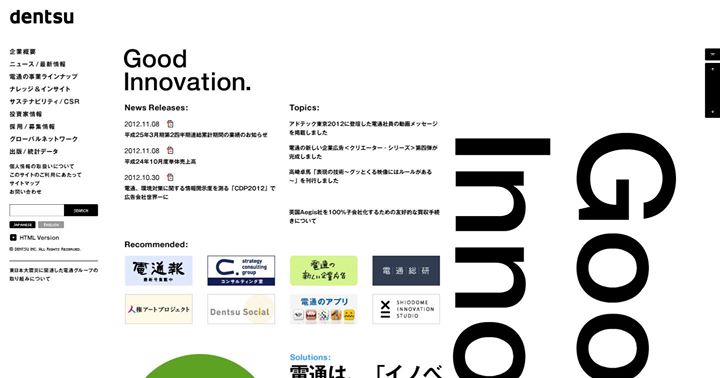 Dentsu,the largest ads agency in Japan, has announced the Japanese advertising market in 2012 were 5,891,300 million yen.(Growth rate 103.2% in 2011-2012). The market grew for the first time in five years.Traditional media such as “television”, a “newspaper”, a “magazine”, and “radio” slightly increased. Satellite media ( BS and CS broadcasting and cable TV) also increases by double figures. Internet media is steadily growth in 107.7% (868 billion yen) compared with last year.As this reason of expanded market, the reduced market has been temporally recovered because of the reconstruction from the Great Earthquake in 2011. 2013, Japan’s economic recovery is expected from Japanese citizen. I am expecting the advertising market is also booming.